If we think of the world’s largest city concerning financing, culture, and commerce, New York’s name pops up immediately in our minds. New York is the center of attention for the world. New York magic and charm never leave their spark. Whether you are a resident of New York or not. Maybe you came to spend your member able vocation in New York. After spending the vacation, you left your piece of heart in new York. This city has its magic and charm.

Recently, you have decided to celebrate new year’s eve 2023 in New York. When you start searching on the internet, what are the new places you can explore this time in New York? While doing some research, your eyes caught the New York News that is rolling over all the New York. The number of hate crimes has increased in New York in the last few years.

You came across the news the new York data shows a rapid increase in murder, robbery, rape, and violent public attacks. You are amazed by seeing the number of Recent crimes in new York. Now the only thing that came to your mind is that new York is not a safe place; rampant crimes are increasing daily. The news has saddened you it’s no anymore a safe place to spend the coming new year celebrating 2023.

Sadly the city recorded a 42.7% increase in major crimes this year compared to the previous years. The crease in major crimes seems to continue even in 2023. Furthermore, not even tourists have started to avoid to new year celebration of 2023. Even the residents of new York have begun to say that New Yorkers no anymore feel safe in public places and even in their own homes.

This article will look at the factors that still contribute to the increased fear of rampant crimes, even in 2023. Stay with us to get all the information to protect yourself from the increasing new York crime rate.

New Yorkers no longer feel safe in their city 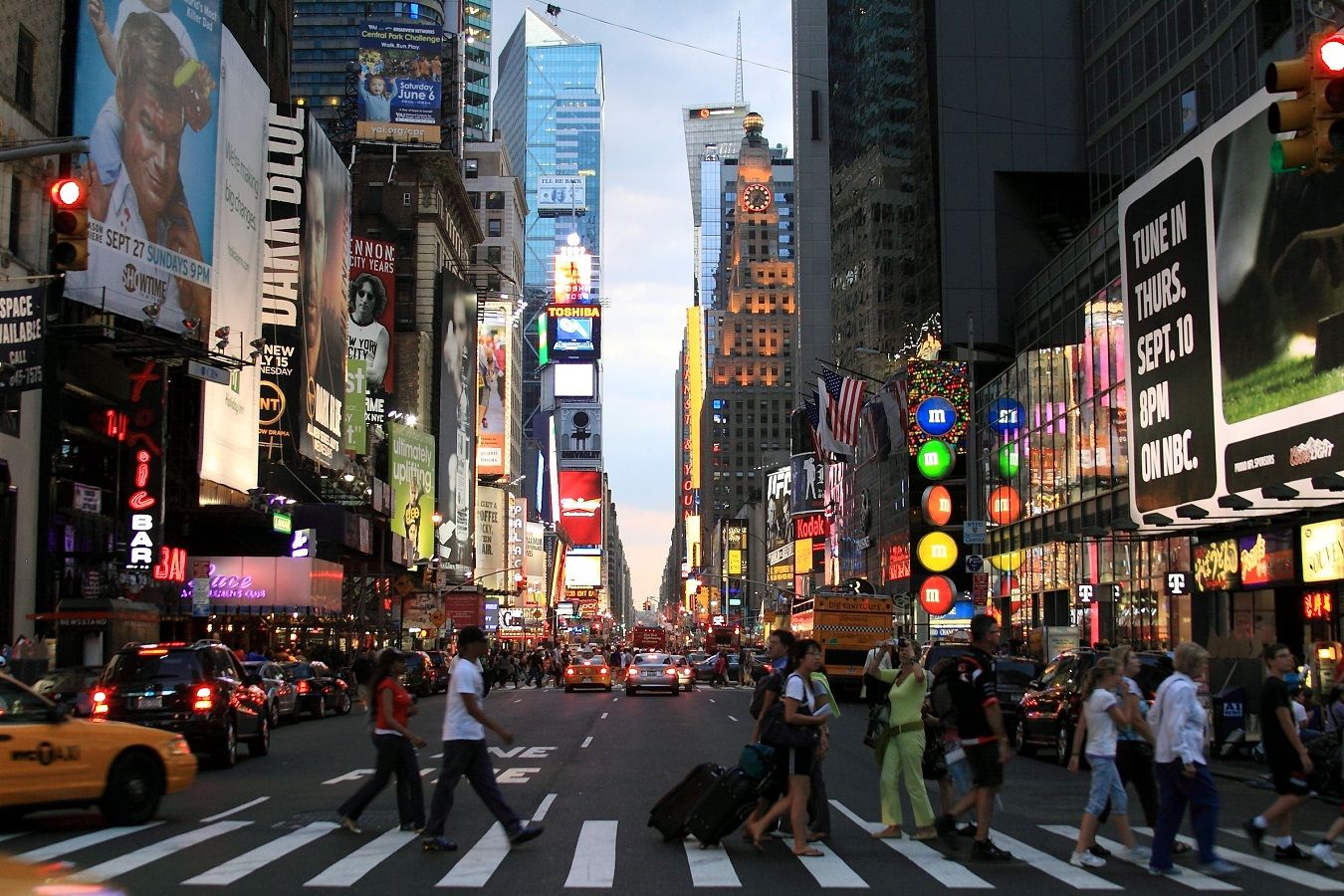 According to the statistics, an increase of 42.7% in new York crime rate has been observed compared to the last year, 2021. Unfortunately, no recovery from this rampant crime is predicted in 2023. The new york police department has also followed that 46.7% increase in robberies and a spike of 54% in grand larceny incidents. Additionally, 14.9% increase in the murder rate.

All these statistics have made to believe that new york is not a safe place anymore to live. People are now more mentally worried about the increasing new york crime rate. They are forced to say that it’s a horrible way to live in new york.

Plus, people of new york have started to avoid public transport. According to new york people, they carefully select their routes to home or offices as rampant crimes do not seem to stop. People have started avoiding certain streets at different hours. They are always ready to run because they never know when they can become a victim of rampant crime.

New York has observed a historic increase in rampant crimes after 2020. Three factors have contributed to the increasing new York crime rate. Let’s look at all the factors that will still increase the uncontrolled crime rate in new York in 2023.

First comes the justice system of new York. Residents of new York are blaming the changes made in the form of new York legislation and a flood of illegally tracked guns. Secondly comes the factor of economic and social hardships that increased new York crime rate. The pandemic has made many new york residents economically weak, as many people have lost their jobs during the pandemic. Even after the pandemic has ended, people are finding g hard to find new jobs.

Moreover, the pandemic has made many people homeless. The weak economic growth of new york has forced many people to do robberies to make end meets. It has also been observed that people living with new neighbors having low incomes and different races are most likely to be victims of rampant crimes.{1}

One of the most concerning factors increasing the new york crime rate is the generational shift. Murders, assaults, and other violent crimes have increased since the pandemic began. Even though the pandemic has ended, the New York crime rate has not declined. It has also been observed that new york old residents have a different frame of thinking than the younger ones.

This generational shift is not letting the new york crime rate drop in 2023. Here let’s have a look at the incident that has predicted that new york will not recover from rampant crime fear even in the coming year. A 25-year comedian and musician have moved to new york to follow his passion. After his comedian performance and off-broadway show, he decided to walk alone through the home with headphones in his ears.

Hustling for the gigs and paying rent on time. He never thought of safety issues primary concern living in new york. The covid pandemic made a shift not in new york but in the whole world. One fine, he was jogging near Manhattan streets a man started following him. The man chased him and started punching him in the face repeatedly.

He reported the crime to the new york police department but never heard back. It is one of the hundreds of hate crimes after the pandemic. In the month following the assets, the comedian and musician never again walk alone at night to the grocery stores. Even if he thought of leaving the city, New york crime rate is increasing rapidly instead of decreasing. He was traumatized and thought of people like him who could also become victims of this situation.

This recent situation in new york remains the back days of 1980, 1990. When people were always on high alert, they used to avoid sitting on the seat closest to the door while riding through the subway as there was a high chance that thieves would snatch your bag or necklaces and runoff in the rush while the doors of the train closed.

One of the publicists said he heard from a 62 years man owning a restaurant. That being on high alert was a habit that people developed at that time. Learning how to run fast and keep your eyes in front of you was normal for people during the 1990s. But unfortunately, the increasing new york crime rate has brought those days back.

Fear of returning to the old days has now underpinned a sense that the city is heading in the wrong direction. {2} 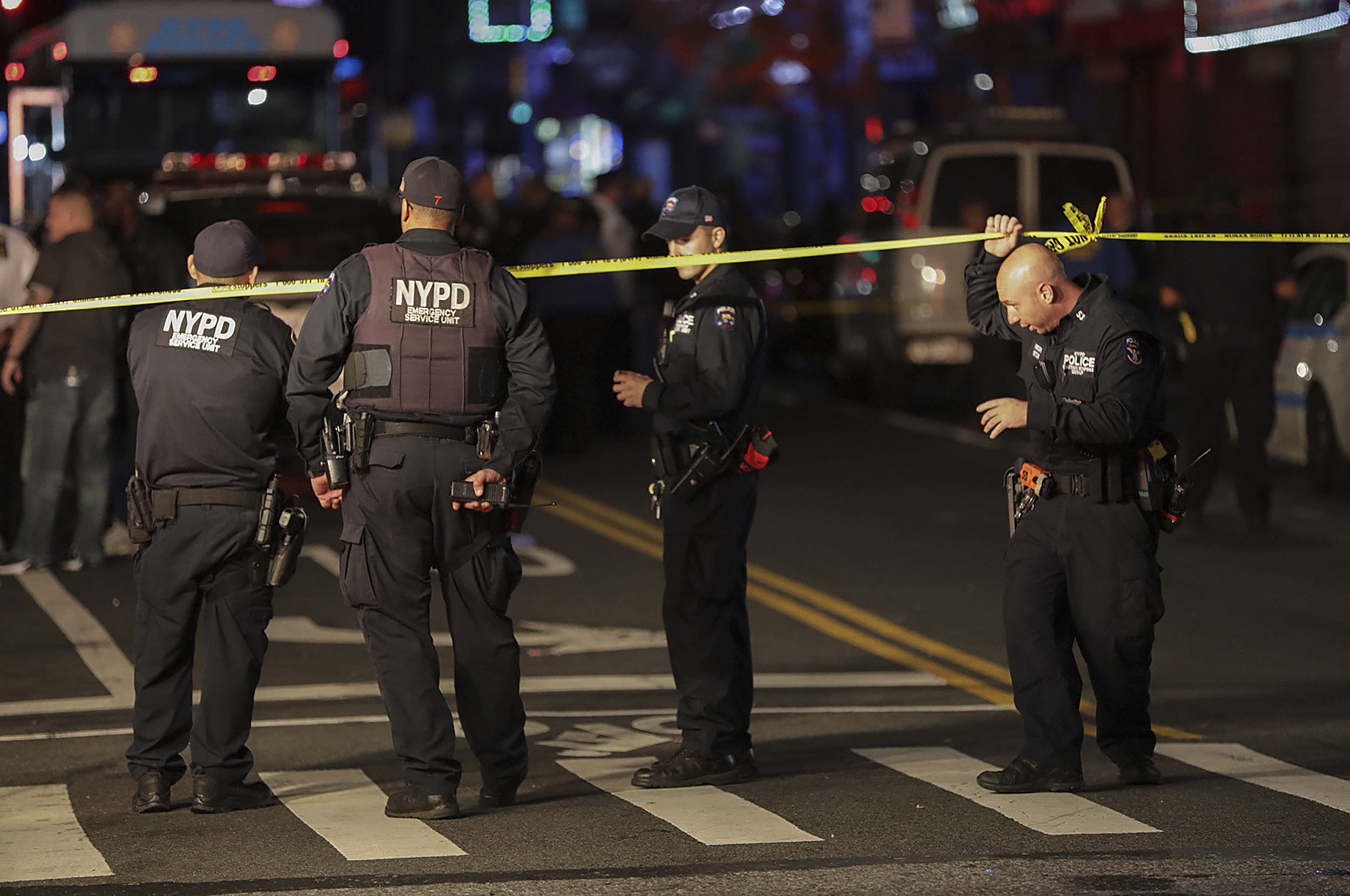 People of new york now live in constant fear that they can be the next victim of a hate crime. Residents of new york city say that increase in the crime rate in new york has made them stay in constant anxiety and fear. They have panic attacks while traveling on trains or walking through the day. They feel like they are safe anywhere, even in their home city.

Additionally, Asian hate crimes have increased by 76% compared to the last year. According to the data NYC hate crime task force, predictions show that it will continue even in 2023. The Asian hate crime rate has increased as it is believed that it caused the pandemic.

People living in another part of the US are tired of hearing stories of a hate crimes every other day. People are randomly punched in their chests while walking through the park..on the other hand, residents believe that the Asian hate crime rate will be controlled by the police department of new york city. In contrast, some people don’t believe it is controllable now. Some people even think the police department can increase the spike rate of violent crimes.

The increase in the new york crime rate has made the new york police department adopt different strategies. One of the techniques is assumed to have more police in the streets of new york. But some people believe that more police activity is not the answer to the solution.

Furthermore, they believe that it can make the situation worse. New York residents feel they are police and do not communicate with us or vice versa. They don’t trust their police department. People fear that more policing can hurt communities of color.

It is said that Violence behaves like a contagious disease epidemic. New Yorkers believe that if they want to fix the increasing violent rate. Then they should start with poverty, as the violence root lies there. More job opportunities can lead to a decrease in the poverty rate.

Moreover, some new york citizens believe that new york police have consistently violated the rights of minorities. The most affected by the Violence are low-income black and brown people, says Perez Jordan. In addition, people believe that more policing only increases rampant crime spikes.

Suppose we start asking ourselves this kind of question to ourselves. Then we may come to some point that helps to recover new york from rampant crimes in 2023. Many people have lost their loved ones due to violent crimes, drug overdose, and the pandemic. Moreover, mental health issues are also increasing day by day.

It is safe to say that people in the constant face of hurting desperation are now fed up. To stop the increased crime rate in new york, we should develop community safety. Such as more job opportunities for youngsters, mental health services, substance use counseling, and social work, says Perez Jordan. It’s one of the ways to assume controlled rampant crimes in 2023. {3}

New York was a land of peace. But this sounds like only a thing of the past. Residents of new york miss walking alone to their homes and raking the train without any fear. A day without any violent incidents in new york is a blessing.

Doing jogging in the morning and taking late-night alone walks. It has made people see many terrible violent incidents. Residents of new york think that they are back in the old days of the 1990s. When people felt afraid to let their loved ones go alone anywhere.

At last, its residents don’t feel safe anymore. They fear going on a morning walk, even on a beautiful sunny day. Residents of new york feel like they are finding the entire world under one city. But these crime levels are not letting people live an average safe life in new york. It’s heartbreaking for new york residents.

Elassareven in the coming year 2023.