Meteorologists predict that the Western United States will once more experience erratic weather with an onslaught of heavy rain and mountain snow. A persistent atmospheric river above the area will intensify at least two storms impacting the region. Flooding might occur as a result of this meteorological phenomenon.

In recent months, most of the West Coast has had unpredictable weather, with numerous rounds of cold rain along the coastlines, heavy snow at higher elevations, and powerful winds tearing across several locations. After another storm hit the coast this past weekend, AccuWeather predicts more of the same over the coming week, with additional chances for helpful rainfall all along the coast.

According to AccuWeather, several moisture-driven storms and waves of cold air mass will combine to produce more heavy rain and high-elevation snow in the Western U.S. The weather will continue to be unsettling all December. [1]

The weather threats will keep the area chilly and damp the following week. This situation occurs while the nation’s fall season is in its final month. Power outages and floods are possible in both urban and rural parts of the West before the winter in December.

The biggest winter storm of the season

A foot or more of accumulating snow will fall over an interior Northeast area covering about 200,000 square miles. Other dangers, including ice and wind-driven rain, will cause significant travel delays.

The weather system that caused fatal tornadoes in the South and an all-out snowstorm in portions of the north-central United States is still far from over.

Later this week, it will turn its attention to the Northeastern states, where it will cause the area to see its broadest snowfall to date this season. Rain, wind, and coastal dangers pummel the Eastern Seaboard. A deadly ice storm will develop in certain regions.

In the wake of the storm, icy air will remain.

Late this week, the Midwest, Mississippi Valley, and Plains will see the coldest air of the season thanks to the initial massive storm over the Central States. Then, the spinoff storm in the Northeast will carry part of that air farther east.

The Northeast will not see the coldest temperatures because of the indirect path that Arctic air will follow, but temperatures will drop this weekend. Forecasters caution that areas with standing water and slush will freeze solid.

Atmospheric Rivers in the United States

As the weather event delivered rainfall from the Pacific Ocean and the Gulf of Mexico, U.S. meteorological authorities and other weather forecasters have recently observed repeated atmospheric rivers affecting the Western U.S., notably the Southwest U.S. The North American monsoon or tropical moisture deluded the area during that time.

The NOAA defines an atmospheric river as A.R., a column of moving water vapor in the sky primarily responsible for the American West’s heavy precipitation and snowfall. Strong A.R.s have the power to transport water from the tropics near Hawaii and through to the U.S. West Coast.

According to AccuWeather Meteorologist Nicole LoBiondo, this dip in the jet stream will keep it cold throughout most of the West, with Seattle and the Pacific Northwest seeing the worst conditions. And temperatures will be 5 to 15 degrees below average for early December. [2]

Some folks who engage in outdoor activities may experience uncomfortable circumstances due to the December chill and rain. A stronger storm with broader effects will come onshore in the second half of the week.

According to Geiger, “the storm later this week is anticipated to track onshore, with rain and snow fast crashing against the coast, unlike the storm this past weekend which largely remained offshore.”

On Thursday and Friday, rain may turn to snow in several low-elevation Northwest towns like Bellingham, Washington, and Seattle, depending on how much cold air is accessible. Significant snow accumulations will be detected at higher altitudes, making crossing the main mountain routes difficult or impossible.

According to the most recent estimates, northern California will likely receive the most precipitation. Still, it will reach as far north as Washington and South as the Los Angeles region.

While the rain and mountain snow may occasionally become heavy, this storm is expected to move quickly, leaving most of the country on Monday. Still, prolonged rain showers and snow are predicted from the San Francisco Bay region to the Colorado Rockies.

Many people might be pondering whether Mother Nature would also produce a snowy image in time for the holiday as bright lights adorn homes, decorations, and seasonal favorites are on sale in stores around the nation. On Friday, several forecasters announced their yearly predictions for a white Christmas. They said that while the odds aren’t outrageously high for much of the country, a few regions may get lucky in time for the holiday.

La Nia, which will be active for the third consecutive winter, is one of the most important weather phenomena. This trend, caused by cooler-than-average seas in the central and eastern Pacific near the equator, frequently pushes a rugged path over the northern tier of the United States while leaving the country’s southern regions drier than usual.

Weather conditions in other States of the U.S.

While repeated rounds of rain have recently fallen in Southern California, the northern two-thirds of the state have seen chronic dry conditions resulting in numerous wildfires.

But according to AccuWeather predictions, a robust storm system will linger offshore for a few days, bringing Northern California continuous, drenching rain. Even a little wet snow may be possible in a few isolated locations at high elevations.

A region of low pressure over the Pacific Ocean, which has been gradually gaining intensity lately, is to blame. This low-pressure system will travel progressively inland during the first few days of the week, bringing moist Pacific air. It will provide the ideal conditions for widespread rain for many of the Golden State.

On Thursday and Friday, rain may turn to snow in several low-elevation Northwest towns like Bellingham, Washington, and Seattle, depending on how much cold air is accessible. Significant snow accumulations will be detected at higher altitudes, making crossing the main mountain routes difficult or impossible.

Rain is predicted in lower elevations in Oregon and Northern California, farther south. Rounds of rain may slow travel as the storm moves closer to the coast. It’s unclear how far south this rain will travel, but Southern California will likely not receive any of it. If rain falls in the area, you should know your journey times can increase while driving.

Problematic areas due to unsettled weather in the United States

According to the World Economic Forum, atmospheric rivers may be a concern in the following conditions:

Travel problems in New York and other states

As is frequently the case with storms that track well off the Atlantic coast, there will be a transition from rain to a wintry mix to all or central snow in locations well north of Philadelphia, roughly north and west of New York City, and West of Boston.

The storm’s main rain form will be from Washington, D.C., through Philadelphia, New York City, and Boston. Boston and New York City may experience a spell of severe snowfall only if the storm moves farther to the east while traveling north.

No matter where the most prolonged and heaviest rainstorms occur, the West Coast will benefit from long-term rain. The bulk of the area is now facing drought conditions, with 60% of Oregon and 99% of California still enduring moderate or severe droughts, according to the assessment from the U.S. Drought Monitor. While a week won’t solve the rainfall deficit, it will speed up the process of ending a protracted drought.

Q.1: What does the West Coast’s La Nina mean?

The cooling of surface ocean water off the tropical west coast of South America is known as La Nia, a climatic trend.

Q.2: What is the Pacific Northwest’s long-term weather outlook?

There will be warmer winter temperatures and less precipitation and snowfall than usual.

Q.3: What does La Nina signify for the weather on the West Coast?

During La Nia, the Pacific jet stream wanders high into the North Pacific. Alaska’s interior and southern regions and the Pacific Northwest are often colder and wetter than usual. 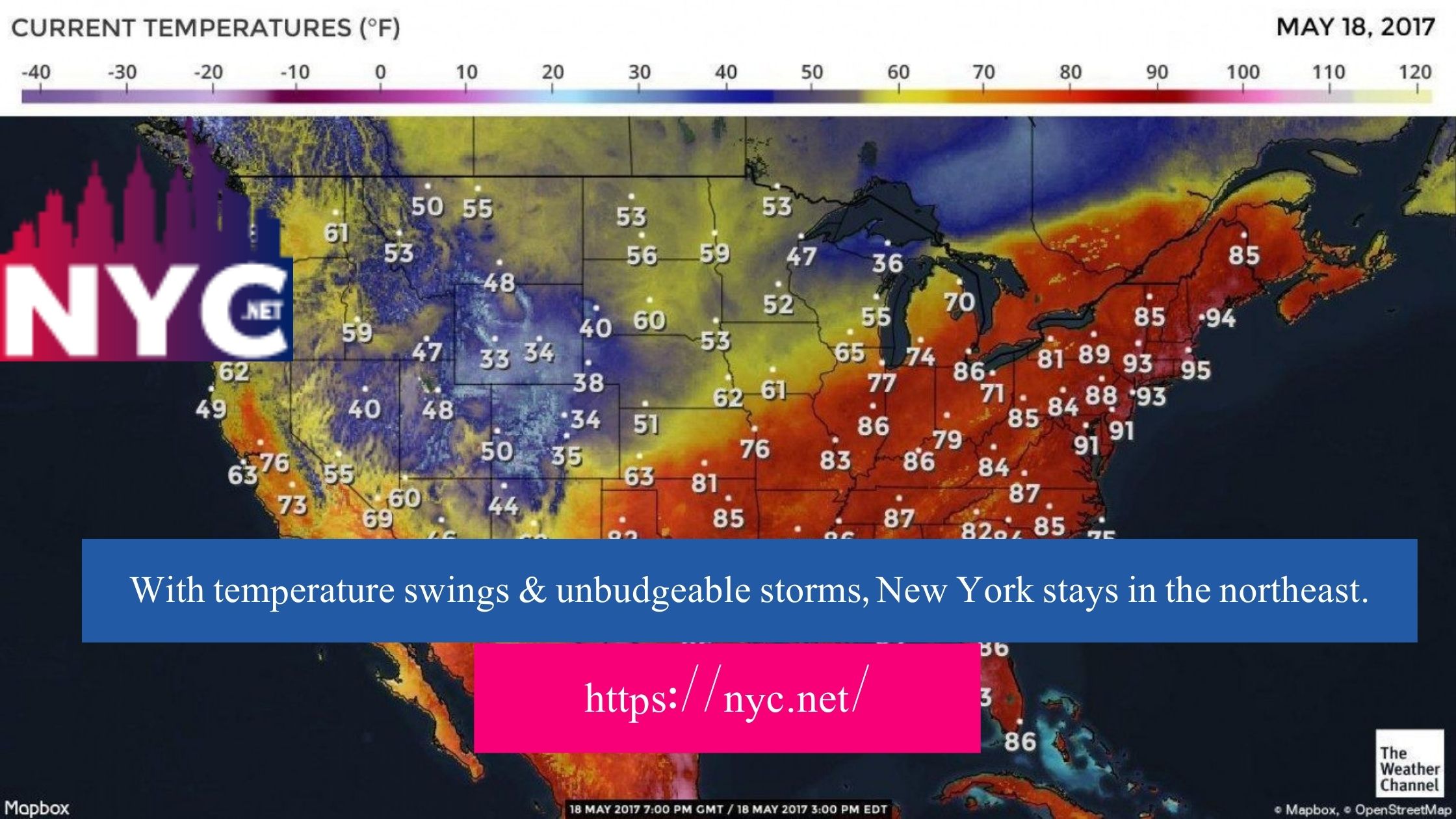 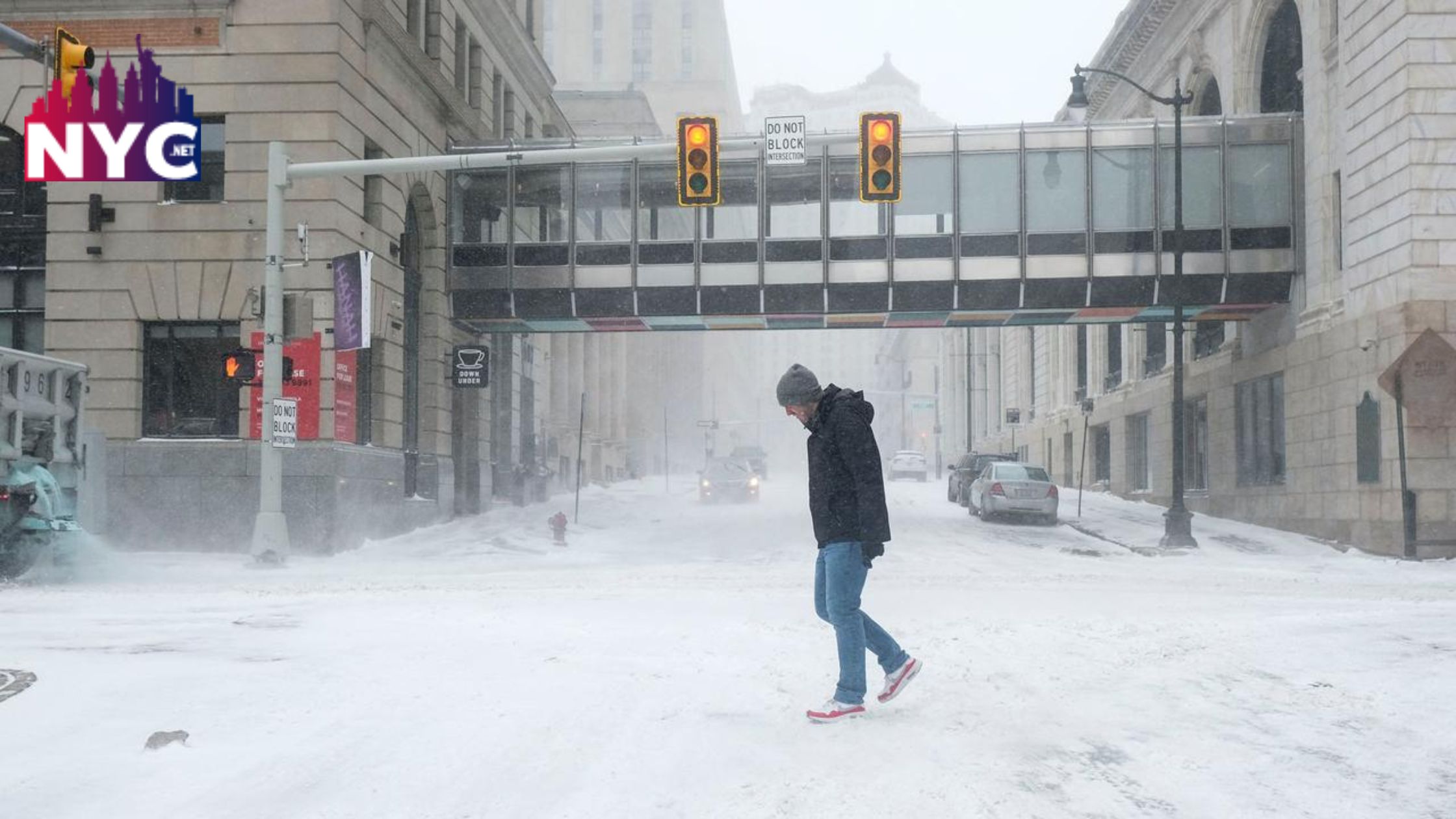 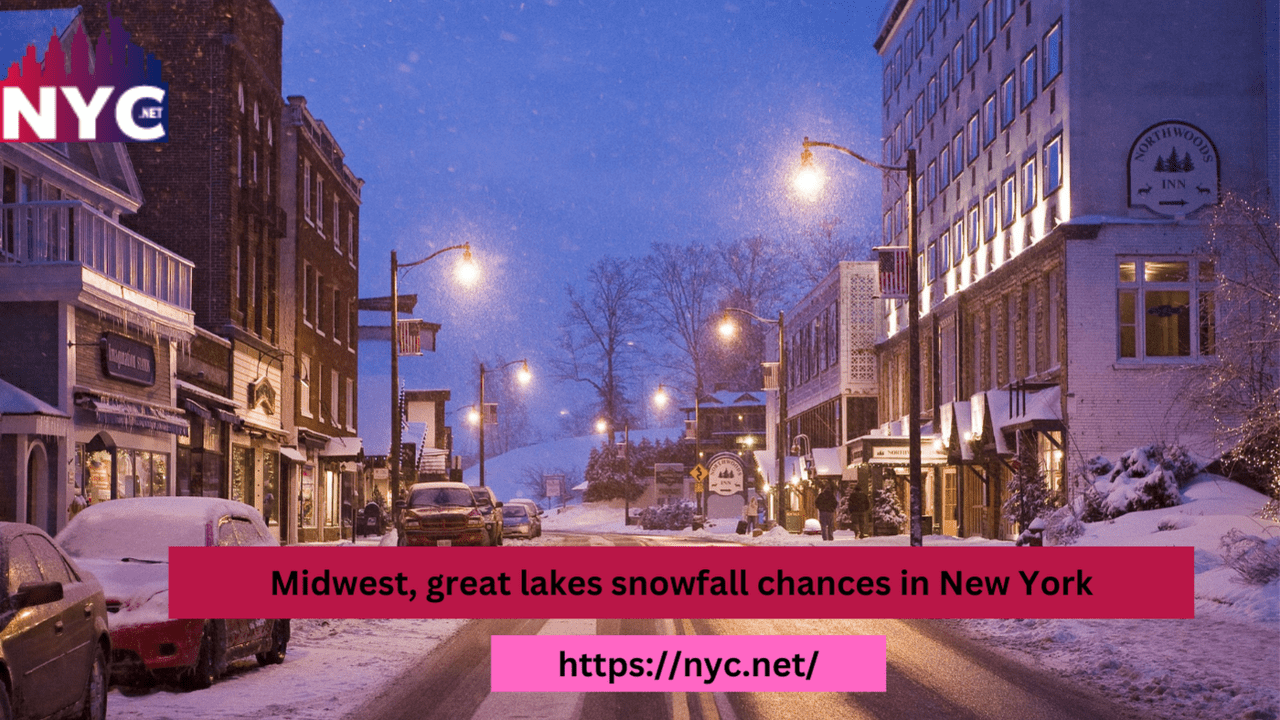 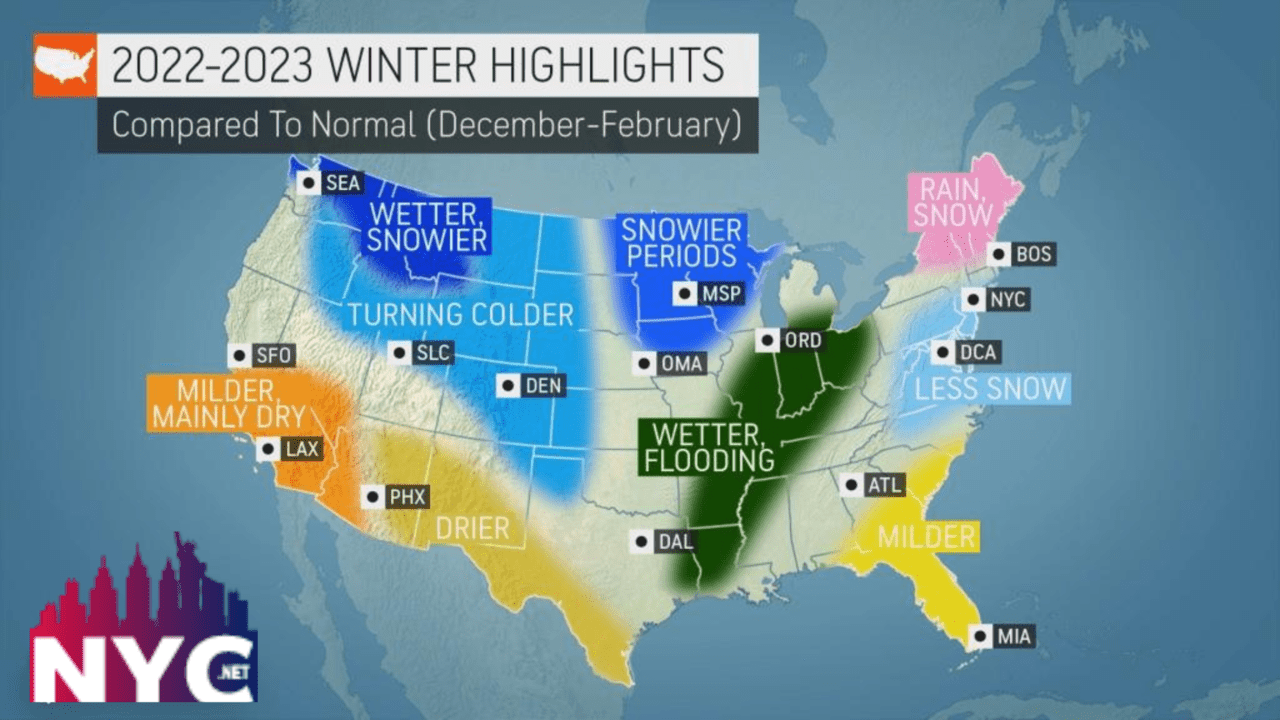